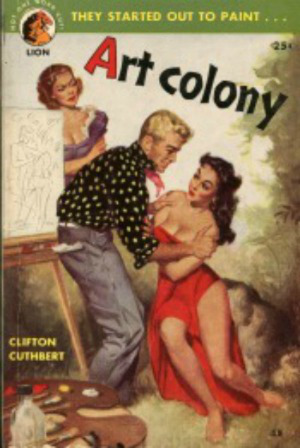 A few years back, the brewhaha on Northwestern University Campus blew a hole into Evanston, Illinois as old as titillation itself. Maybe you were hiding in an adult bookstore at the time and didn’t hear about the “power tool sex toy” that was demonstrated in an optional after-class session on “Human Sexuality” conducted by Professor Michael Bailey.

100 students “opted in” to the demonstration and the reviews were, well, mixed. Some female students complained, some male students asked if there would be further study required at their local Home Depot. (No homework or extra credit?)

Professor Bailey did offer an apology, insisting that “no live sex acts” were ever performed. At least he didn’t have to claim, “I did not have sex with that woman, Miss Ace Hardware.”

Some alumni, of course, were shocked. In their day seeing a tight sweater lean over a petri dish was about as hot as their college days ever got. Others alums were disappointed that the demonstration was only available to students currently enrolled. Many people asked if there was a home school option.

Over the course of the fracas, Professor Bailey and the University released a total of five different statements ranging from research to apology, from foreplay to full penetration “oops”… but only after smoking a cigarette or two.

But the best response was from University President Morton Shapiro whose comments reinforced the University’s commitment to research in many fields, especially Alzheimer’s disease.

WTF?  Something tells me this is one course that Grandpa WILL NOT be forgetting to attend. And if there ever is a “next time,” perhaps the University can be certain there’s enough handicapped seating for the entire nursing home: that’s where all the Cialis-induced action is happening these days, right? Or so I’m old… er told.

Clearly this is the 21st Century scenario of the Nude Modeling session gone bad. But power tools?  Seriously? Even “This Old House” hasn’t stooped this low… and they remodel stoops all the time.

Still I must give credit to those responsible Northwestern students who sat there with pencils in hand, eager to learn. That no one took out their cell phone to capture this lusty lesson plan speaks to the dedication of these students and the seriousness of their studies. Or perhaps the University just has really lousy WIFI.