Perhaps it began when a lonely man carved his message to the world on a cave wall. The first faceless Facebook post. The first Tweet. Or Vine sans the video. Six seconds (and degrees) of abbreviated commentary.

At Chicago’s Broadway Antique Market, a specialty store for mid century modern collectors, the comments have evolved into something, well… rather unique.

“We get dozens of bizarre requests every week,” says store manager and graphic designer, Eric Swanger “Its just part of the business. But then someone comes in and says something truly disturbing.”

Seeing a trend, the employees of this large vintage coop started to compare notes and an in-store contest was born: the Oddest Customer Request of the Week. The winning weird comment was rewarded with coffee from a nearby brew house.

Swanger laughs, “Let’s just say we drank a lot of coffee assembling this list. A lot!”

Eventually these odd requests filtered up to co-owner Jeff Nelson. Remembering one such inquiry, Nelson says, “The gentleman who came in asking for a clothing optional night of antiques shopping was completely serious. He said his group from California often shopped vintage stores after hours. Apparently they found it to be quite liberating, though I don’t know where anyone kept their wallet. When the customer first made this request, I was concerned about our huge display windows which face a busy street– People seeing other people shopping in the nude. Well, that and where people would sit; I was more concerned about our vintage upholstery.”

BAM manager Swanger continues, “You can’t make this stuff up. Over the years you think you’ve heard it all– and then you get verbally side swiped. Wow, I didn’t see that one coming! Now how do I answer that?”

After collecting comments for over a year, Nelson began editing out the offensive, inappropriate and politically incorrect requests. “Some things can be asked, but they should remain unfulfilled, unrepeatable, or at least unprintable.” he said. “To be clear, there’s eccentric and then there’s CRAZY!”

Swanger however thought there was something more to this. “I remember seeing a postcard from a Michelin rated Chicago gastropub that used a bad YELP review as part of their advertising. That was my Eureka design moment. What if I could turn these odd antiques requests into a Christmas card? Could I turn crazy into festive?”

Though skeptical at first, Nelson soon warmed to the idea when he saw the first draft of the greeting. “I immediately liked the Scrabble or Crossword puzzle element. It’s a completely non-traditional holiday card, but it also reflects the way we communicate today, the use of social media and the explosion of the mini message. More importantly, I thought the card was really honest. Every request is a true comment. Every phrase is a short story.”

“The response has been amazing!” says Swanger. “Curiously people see subliminal messages in the list which was never my intent. And how cool is that? 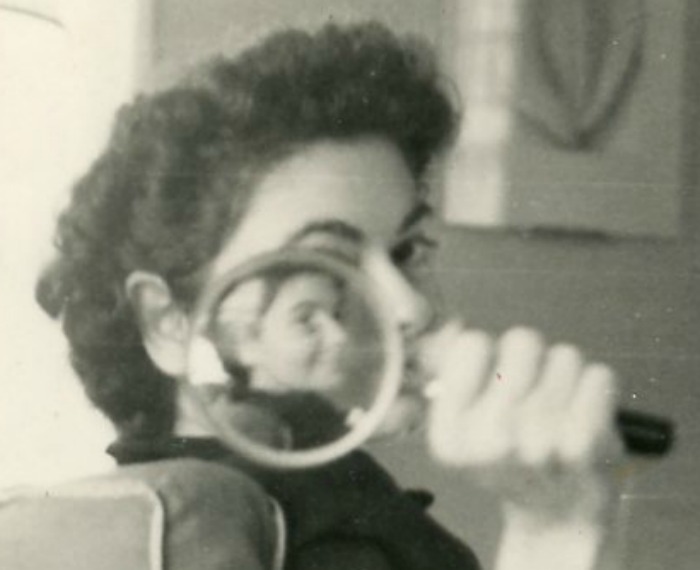