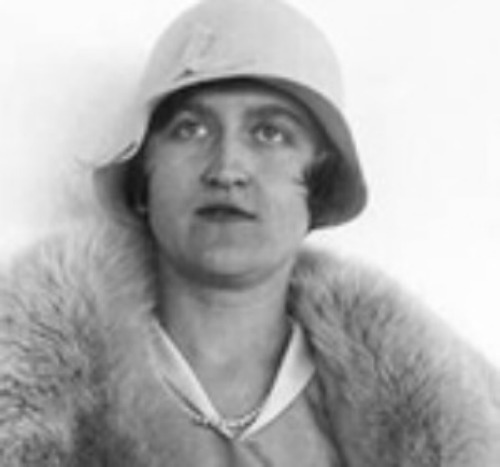 Huguette Clark was dead and Martha Stewart wanted her apartment.

The infamous half-a-billion-heiress had died at the age of 104, so the coveting of her enormous dwelling had been an exhausting wait for all, especially for Martha who lives in the same building at 907 Fifth Avenue.

Comprising the entire 8th and half of the 12th floor, this lost horizon of an apartment was the single largest private residence in New York City. Vacant for almost 20 years this was perhaps the greatest interior decorating carrot ever to be dangled from a billionaire’s schtick. Asking price: $100 Million.

Imagine the list of potential buyers for this rare residence of the Gilded Age. Whatever could Martha do to acquire this architectural Hope Diamond in the rough?  Remember she wields a mean vintage handmixer. Though purported to be worth some $650M herself, it would still prove to be to tough to get a mortgage. Face it: that’s a lot of crepes!

New York certainly had enough billionaires to pony up the cash, so even “needing” a mortgage may give the appearance of high-end slumming.

The most fascinating part of the story is the past, so let’s spill those vintage beans:

Huguette Clark was the daughter of Williams Andrews Clark, the copper magnet who attracted cash the way Justin Bieber attracts Beliebers. The Clark’s original home (hold your breath) was a staggering 151 room Beaux-Arts mansion, the walls decked out in Degas, Reubens & Rembrandts. (What does Martha collect besides the souls of ex-assistants, jadite mixing bowls and bakelite erotica?)

In the 1870’s Huegette’s father struck a copper vein that would eventually bleed out in excess of $150 million, approximately $3 billion today. After that he made some REAL money. As such, Huegette Clark had everything, simply everything, except privacy. She would spend the rest of her life pursuing this invisible life with clever accomplishment.

Married in 1928 for only nine unconsummated months, by the 1930’s she had already begun her disappearing act from society and it’s pages. Once a calling card acquaintance of the Vanderbilts and Astors, she was now a magic trick about to unfold, intentionally fading behind her vast wealth through the passing of one century and into the next.

Little is known about this grand woman of seclusion. Her mother passed in 1963 when Huguette was 56. Reportedly she spent her days painting and playing the harp, but had one particular passion: dolls, especially French dolls, which she had begun collecting as a child.

Known for her charitable nature, she once gave away a $10,000 doll house from her massive personal collection, perhaps the hardest thing of all to give away considering her collecting passion. I would guess that gift was the closest thing to an actual piece of herself.

Her mind ever-sharp but always odd, she divorced herself from all properties and possessions, choosing instead to live a life of seclusion in private New York hospitals over the decades under various guises and pseudonyms. Her fantastic residence would sit empty for over 20 years. Even the kindest of realtors echoed, “The place needs work.”

Huegette, for her part, was quoted as saying,”Wealth is a menace to happiness.”

Martha Stewart would be similarly displeased. She failed to acquire Huegette’s abandoned mansion in the sky. In 2012, three separate buyers would purchase the units for a combined $55M. Such a deal, but not such a good thing.