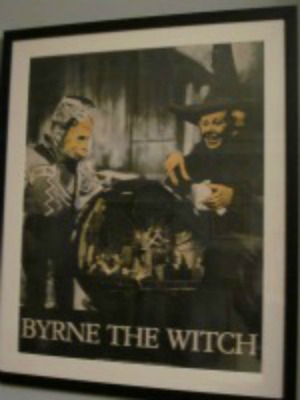 Jane Byrne Was Not A Witch. She was a Democrat. And everyone knows Democrats make terrible witches. Conflict is not their best feature. Plus there are those cat allergies.

Now take a flashback in history. A time of upheaval, political instability and– can you believe it? A snow storm that would change the course of Chicago history forever.

Yes, Jane Byrne rode a blizzard into the Mayor’s office. Surprise one. But then she shook up a city that needed to be shaken. Badly.

The late Richard M. Daley was quite successful at keeping Hollywood out of Chicago– Too many gangster movies didn’t do much for tourism– or business, particularly his.

But in 1980, Jane Byrne reopened a door locked tight since the city’s short lived silent film era. A seemingly insignificant film at the time, “The Blues Brothers” was a rebirth for Chicago film and television. Hollywood was now a suitor at Chicago’s door and he had cash money to spend.

So thank you to the late and great Jane Byrne. The Chicago film industry exists because of you. The millions spent here in the years that followed would become a testament to your enduring influence on Chicago’s future. It also paid my rent for years!

But what of this “Byrne The Witch” poster? Remember that Jane Byrne was unfairly disliked by Congress… sorry, I mean, the Aldermen of Chicago… nearly paralyzing her administration. It seems the real evil were the men behind the curtain.

So the story goes: Soon after her election, the “evil cabal” (her words) realized they were stuck with Jane Byrne and they created a few hundreds of these scarce posters for local taverns, pool halls, ethnic weddings, union events. Yet when the Chicago Police discovered the infamous poster’s printing press in a northwest side basement, it was beaten into fragments with shovels and billy clubs.

Shovels & Billy Clubs? In Chicago, I believe that’s best served with a side of fries.