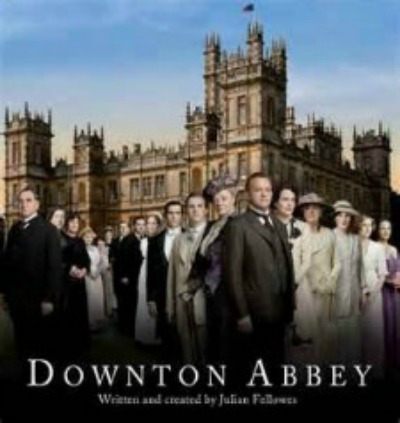 Let’s be honest. Americans have had a love/hate relationship with the Brits from the very start. No matter what we do, we will always be that rebellious young colony that revolted from their sticky hasty pudding grip from across the pond; the prodigal sons and daughters of the U.K. It’s an unbreakable bond.

Still, it wasn’t until the 1970’s that America realized it had feelings for England, or at least BBC programming. Television shows such as The Avengers, Dr. Who, Benny Hill and the beloved Monty Python seduced a less than sophisticated American audience to the clever tastes of our lost relative.

By comparison American TV programming was, let’s be honest, rather simplistic. Just consider Green Acres, I Dream of Genie, The Beverly Hillbillies, The Brady Bunch, Hee Haw, and you catch a foul breath of what passed for American cultural comedy. Newton N. Minow nailed it when he dubbed American television “a vast wasteland” in his famous 1961 speech. With today’s cable sprawl and internet bandwidth we’re now considerably more vast… and certainly more wasted.

The British produced Upstairs Downstairs, and decades later, the Harry Pottery empire of merchandised media. But the English soaps were always a better class of scum.

Which brings us to the cultural obsession that was Downton Abbey: What was it about this show that so enthralled American audiences? Setting Hogwort’s School for Wayward Warlocks aside, we’ve never gone castle-crazy before. Well, maybe Disneyland, but that’s it. Americans famously dislike any sort of class system, even though old money still trumps new, unless your name is Donald or Duck.

So what was it about this particular fairy tale? This sorta/kinda true story based on quasi-factual events from Highclere Castle and stately homes similar? For our wonderfully vulgar American tastes you must admit this British dish is rather on the bland side. During season after season not a single character was shot, stabbed, poisoned, switched at birth or married their cousin. You call this entertainment? Project Runway is more suspense-worthy, especially when Mood Fabrics is having a sale on cotton chintz.

Now with the show finally over, I think I’ve determined why we were so enthralled with the Crawleys and their devoted servants in the first place. And it certainly wasn’t their spontaneity!

1. Americans Love To Bitch. Just imagine your daughter running off with the chauffeur. Impossible to imagine, you say? Alright, that’s understandable. Imagine then that all 50 of your children have run off to get Gay married. (Damn you, Delaware– Get back here and change your clothes for tonight’s 10 course dinner!) While the Earl and his lovely wife fretted over what the townspeople would say about their automotive scandal– (Was that chauffeur position ever refilled?)– The United States is in a similar pickle, if I may use the euphemism. America, you see, is terrible with grammar, especially personal pronouns. Yes, your daughter’s wife is your daughter-in-law; your son’s husband is your son-in-law. Deal with it Kansas. Now put on your tuxedo and let’s retire to the Smoking Room.

2. America is Living Cliff-To-Cliff. Just flashback to Downton’s beginnings. Do you remember when things were really bad? The Titanic had just hit an iceberg and the Crawleys now have an extra couple of chairs to fill at Christmas dinner. Now that’s a disaster! The Earl of Grantham is broker than broke; he can barely afford to keep his Footmen in socks. Lady Cora may start taking in laundry. The whole place could turn into an upscale AirB&B by next Summer. Does any of this sound familiar?  Think about it for a depleting minute.

3. America Loves A Good Queen… or Two. Julian Fellowes has said he based some of the series on classic American television, most notably shows like Dynasty. Not that Shirley McClain would ever push Maggie Smith into a carp pond, but that huge staircase looked mighty tempting. Dear Maggie with her near musical intonations of snarky comments was always just a slap away from one of her left-handed compliments. Poor Shirley could barely remember what lifetime/or lifetime movie she was in. At Downton there was always time for tea but little sympathy.

4. America IS Downton Abbey. From that long driveway exterior shot as you approached, the castle looked practically magical, a place beyond belief. But distance, as they say, did them well. Look closer and you’ll find some serious structural issues. Like dowager aunts, Downey Abbey and America are nearly the same age and neither one has held up over time. America’s top floor is nearly unlivable, the roof of dissension coming down all around us. Politically we’re as split as rotted roofing timber. We have water where we don’t want water– and no water where we need water. Same with “the heat” and the fight over global warming. And don’t even look at our plumbing. If America were having a home inspection, we’d be one of those house flipping reality shows where the contractor turns to the camera and mouths the word, “Sucker!”

So my friends, you aren’t looking at television– you’re looking into a mirror. You may have thought you were watching a British soap opera over-traumatizing the daily drama of 100 years ago, but in fact your flat screen is reflecting today. Be it in 3D, 4D or IMAXed out, it’s still right there in your living room. “Isis, bring me my slippers!”

“No offense,” as Archie Bunker would say, “but present company suspected.”

Whether you’re a cook, a ladies’ maid or the overworked/abused Daisy, you best get your head out of the domestic clouds.

Handsome Thomas is never going to give you a second look. He’ll soon be headed to America– Provincetown, specifically. And not just to get his tails pressed.